Should we be religious, or is religion just a bunch of superstitious nonsense that it’s past time for us to outgrow? Does faith lead to ceding to authority and potential violence? Can a reasonable person be religious? We say lots of rude things about these authors, and at times about their targets in this listener-requested episode featuring Mark, Wes, Seth, and Dylan. Read more about the topic.

Buy/read what we did:
-Ch. 1-2 of Harris’s The End of Faith: Religion, Terror, and the Future of Reason

(2004)
-The last three chapters of Hitchens’s God Is Not Great: How Religion Poisons Everything

(2006)
-Ch. 8 (and skimming 3 and 7 to get context) of Dan Dennett’s Breaking the Spell: Religion as a Natural Phenomenon

(2006)
-Chapter 14 of Anthony Kenny’s 2008 book From Empedocles to Wittgenstein: Historical Essays in Philosophy

(which we read as a response to Dawkins).

Krauss discusses the theme of his new book how universe might have come into existence from nothing. Science tells us that vacuum, once thought to be absolutely empty, is teaming with energy. This newly discovered fact could give us the clue why we have something rather than nothing.

Krauss claims that evolution also in a sense created life out of nothing. Where Dawkins sort of disagrees with him as evolution does require the existence of matter in order to get started.

Richard Dawkins, J. Craig Venter, Nobel laureates Sidney Altman and Leland Hartwell, Chris McKay, Paul Davies, Lawrence Krauss, and The Science Network’s Roger Bingham discuss the origins of life, the possibility of finding life elsewhere, and the latest development in synthetic biology. More than 2500 people filled ASU Gammage Auditorium on Saturday, February 12 to listen to this remarkable collection of scientists whose particular perspectives range from the cosmic to the microscopic. “The Great Debate: What is Life?” was sponsored by the ASU Origins Project in partnership with the Science Network, J. Epstein Foundation and the NASA Astrobiology Institute. The evening followed on the heels of its successful inaugural debate in November 2010, “The Great Debate – Can science tell us right from wrong?”.

He is regarded as the most famous atheist in the world but last night Professor Richard Dawkins admitted he could not be sure that God does not exist.

He told the Archbishop of Canterbury, Dr Rowan Williams, that he preferred to call himself an agnostic rather than an atheist.

The two men were taking part in a public “dialogue” at Oxford University at the end of a week which has seen bitter debate about the role of religion in public life in Britain.

A debate between Atheist Richard Dawkins and Christian John Lennox, both are professors at Oxford University. Debate is about Richard Dawkins famous book ‘ The God Delusion’. It is hosted by Fixed Point Foundation whose mission, according to it’s website,  is to seek innovative ways to defend and proclaim the Gospel. 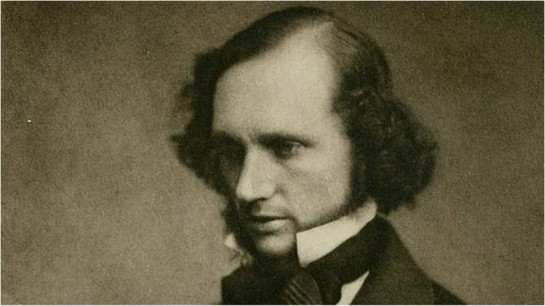 Kelvin believed science must be treated with reverence, as he explained:

“I have long felt that there was a general impression that the scientific world believes science has discovered ways of explaining all the facts of nature without adopting any definite belief in a Creator. I have never doubted that impression was utterly groundless.

“The more thoroughly I conduct scientific research, the more I believe science excludes atheism. If you think strongly enough you will be forced by science to the belief in God, which is the foundation of all religion.”

Kelvin strongly opposed Darwin’s evolutionary theories of natural selection believing Darwin ignored evidence of God’s design in creation, and he refused to believe that atoms of dead matter could ever come together to make life. The laws of thermodynamics (how energy is derived from heat) were, to him, a sure sign of intelligent design.

Lennox, who has engaged in a number of debates with Richard Dawkins, believes that far from being at odds with science, the Christian faith actually makes perfect scientific sense.

“For me, as a Christian believer, the beauty of the scientific laws only reinforces my faith in an intelligent, divine creative force at work. One of the fundamental themes of Christianity is that the universe was built according to a rational, intelligent design.

In Quest for Meaning
Blog at WordPress.com.